Its a French Saying. It means “He who lives, shall see.” And when one blogs about Paris, one must interject French poetry. 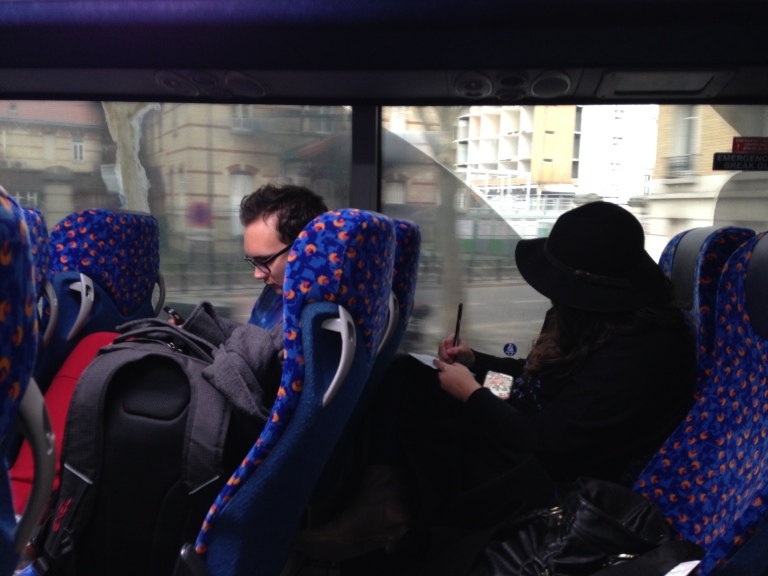 Taking night bus from London to Paris was our brilliant money-saving scheme because it meant we could skip booking a hotel and just sleep while traveling!!

Our “Sleep while traveling” plan wasn’t quite what we had imagined… Somehow we had managed to overlook the fine print where our bus ride to Paris included a two hour ferry across the English channel (or some such body of water….) It pretty much ended up being the best midnight bus ride ever, complete with lounge chairs, coffee, and a deck where one can stand on the bow of the ship facing the wind & the distant shore and imagine themselves to be a cast member on Titanic.

Not that we did that or anything….

We arrived in the wee hours of the morning, a bit bleary eyed.

They did this cool thing where they made the metro be free for everyone in Paris, just during the two days while we were there!

Since we needed to ditch our luggage, we headed straight to our hostel which we had reserved online. It’s so fun to book things online not knowing what you will end up with. It’s always a surprise!

We were excited to discover the world of sleeping in a hostel. It felt a little like dorms which was fun.

We were just happy they spoke English! Aloha is English… right?

And I was pretty stoked about these window seats overlooking the street below. How cool is it to sit in a window and look out over PARIS!!!!!!??????!?!?!?

We couldn’t wait to have breakfast at the Eiffel Tower. Crepes of course!

Mine was gross cause I tried the Frenchest sounding one and it had some gnarly crap in it that I didn’t like. But I didn’t care cause I was in PARIS!!!! 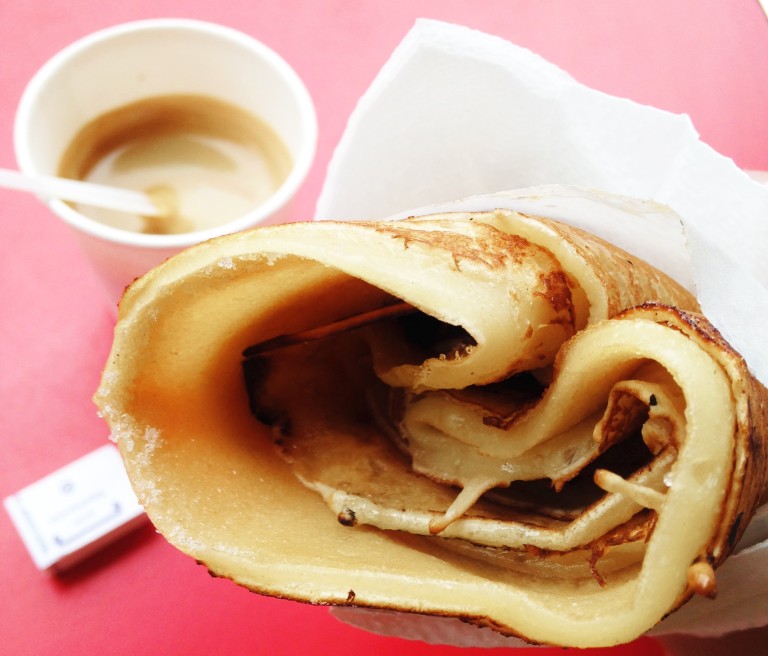 The best part of sightseeing is actually the people watching. The selfie stick was a personal favorite.

Seeing the Eiffel Tower for the first time was kinda a big deal.

It was a surreal moment.

In case anyone is wondering, this is what the belly of the Eiffel Tower is like. 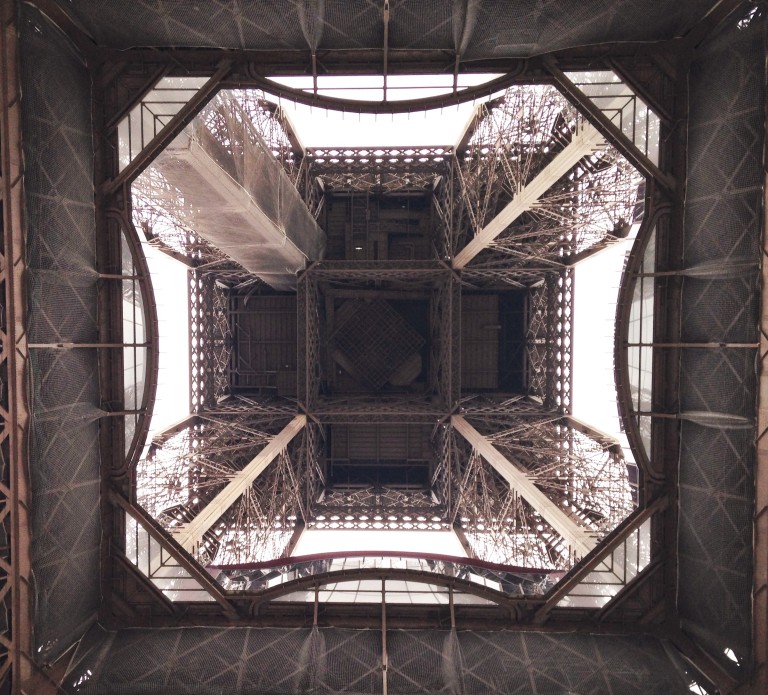 I feel like they should have at least put something interesting up in there for people to look at…. Maybe a clock, or a painting. Or maybe it could have been like a really cool jack-in-the-box where after you stand under it for a few minutes something pops out at you… Idk. So many possibilities…

There’s just something about the grandeur of this place… It takes you back to a time when people cared about details and art was one of the highest values of the culture. 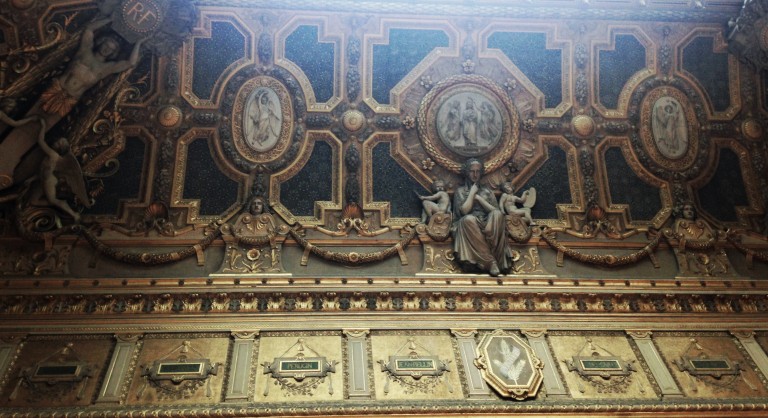 So many interesting paintings in this place… 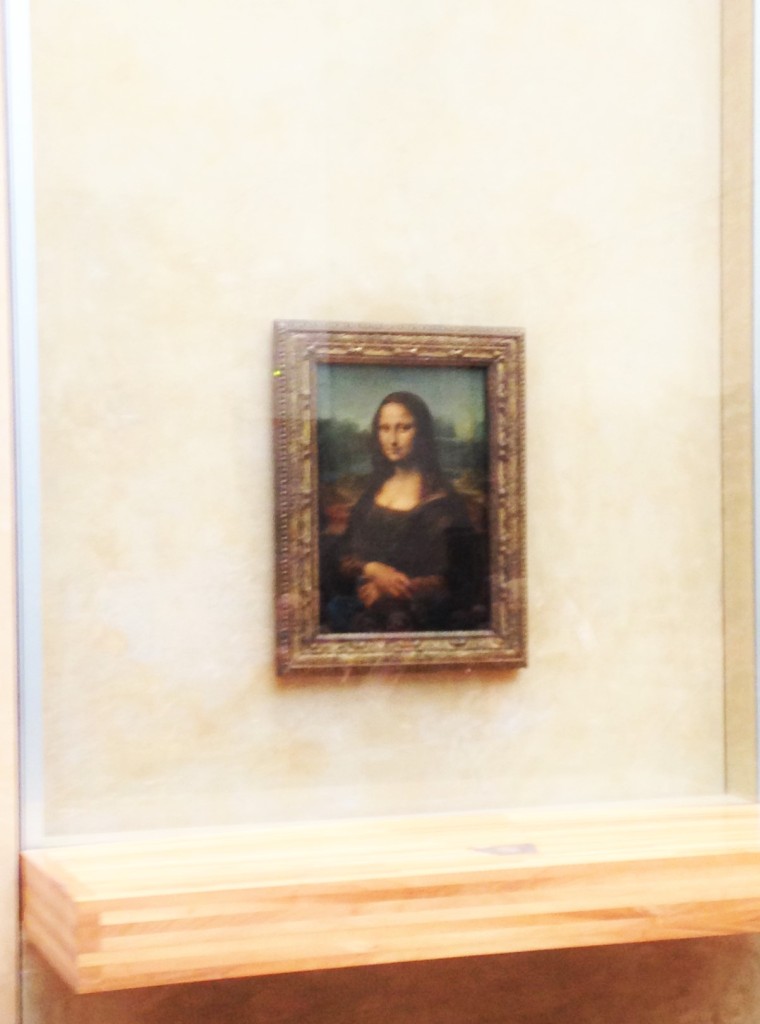 Although not very well, due to the throngs of people crowding around trying to get selfies with her.  She handled the paparazzi with grace and dignity.

This guy seemed to be having a bad day…

Walking through the Egyptian mummy area was creepy so I don’t think I took any pics. Also it smelled weird in there. I did get a pic of this really cool ancient tablet though… Complete with little drawings.

It reminded me of Urban Outfitters style stuff… Kinda tribal.

We Met Selena’s friend for dinner and she took us to the coolest little street in the whole world. Literally. 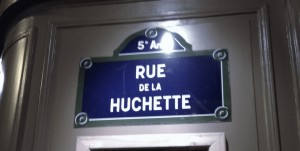 Food was everywhere! The vendors would stand outside on the street and talk to you as you walked past, trying to convince you that their establishment was the most superb in all of Paris. It all smelled so wonderful and was so noisy and happy! We had the most delicious Gyros. I do love Greek food!

This is literally my favorite street in the whole world. It makes me feel like I’ve walked back into a time era where cars don’t exist and time isn’t as important as food.

It’s all so beautiful at night. 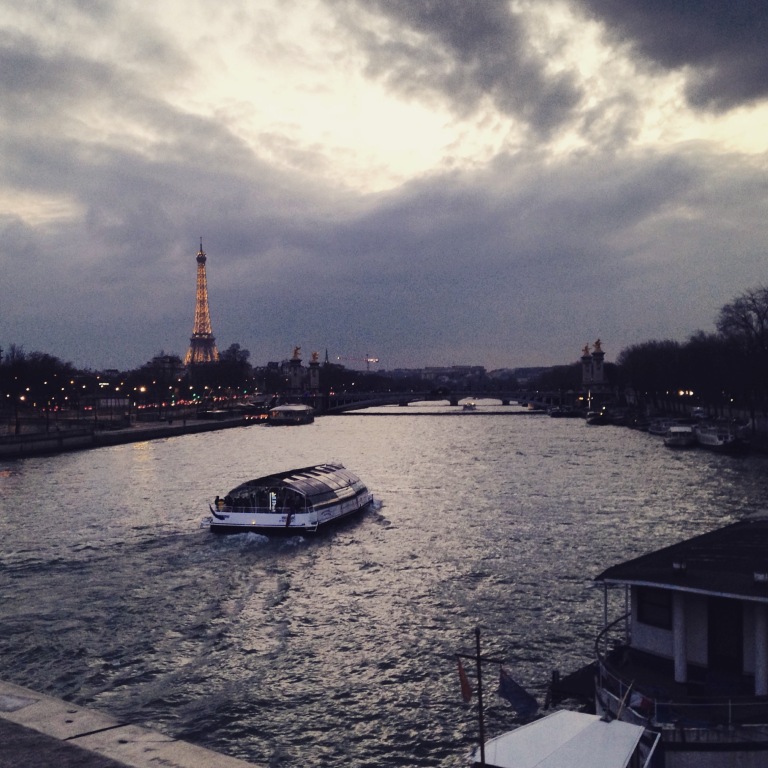 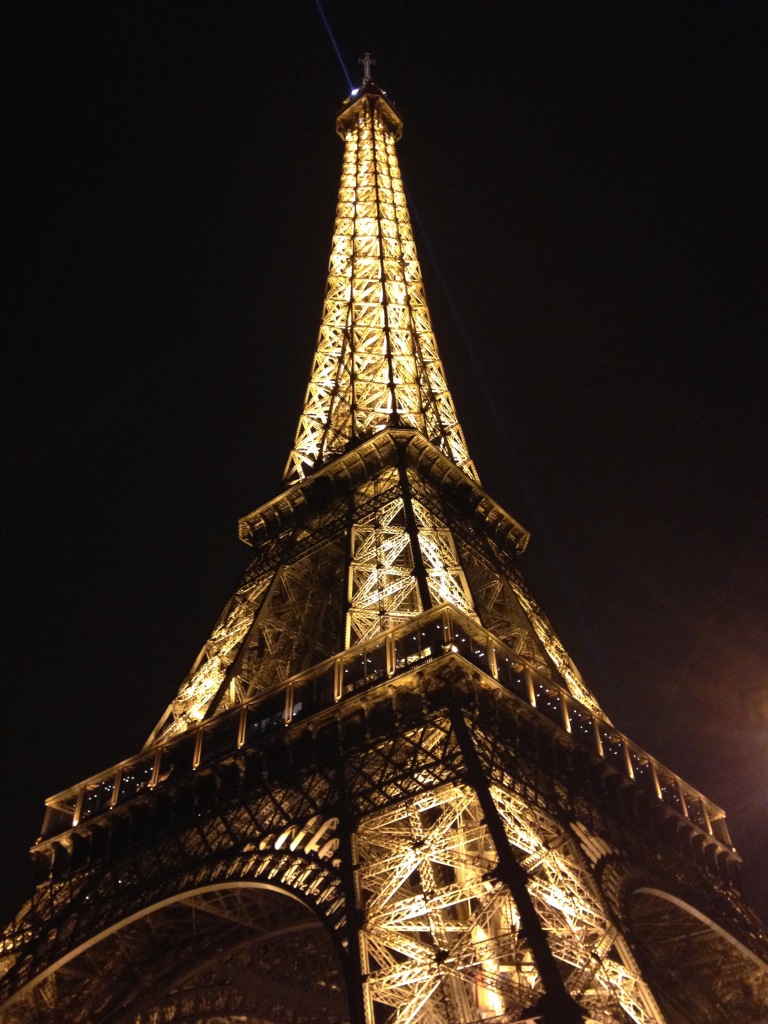 About the second day there, we realized we could see the Eiffel Tower from our street… So yeah… We felt pretty cool. 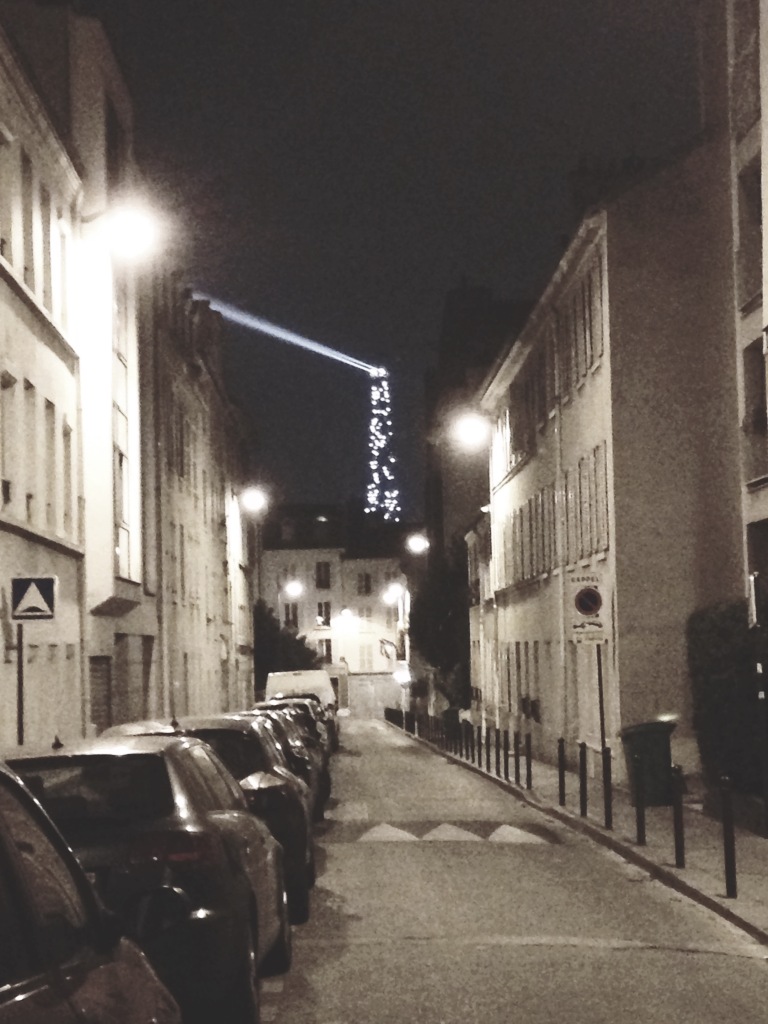 Since the metro was free, we literally got to go wherever our little hearts desired, with no regard to traveling costs. #PraiseJesus

Wandering arouind not knowing what we would find around the next corner was so magical.

I think Daniel and Selena might have known what was around the corners… But I was pretty much just wandering blindly. Let’s be real… Keeping track of that stuff would be exhausting.

We found the greatest little coffee shop and were quickly were educated on the fact that Parisians don’t appreciate it when you ask for a latte since apparently that’s french for “Cup of milk”.

Whatever, I’m just a ignorant American… 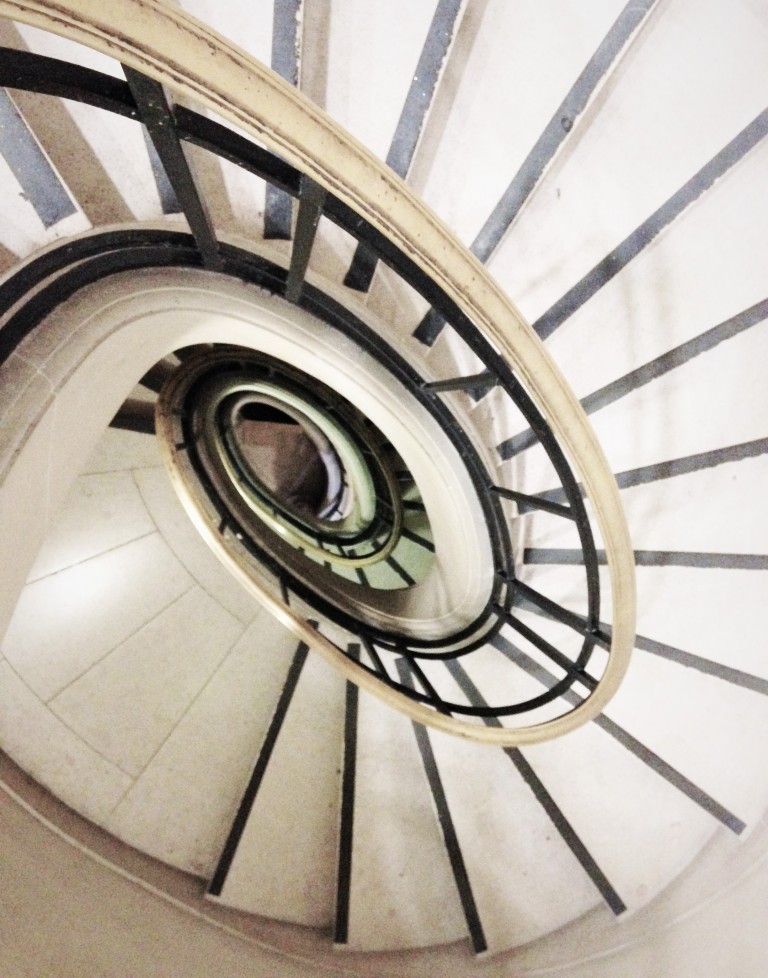 We wandered into this little art shop. Bringing home artwork from places I visit is one of my favorite things about traveling.

It was interesting how these cathedrals celebrate Jesus’ death, (which I appreciate) but they put very little emphasis on the Jesus who is alive and at work in people’s lives TODAY.  They lead you to a place of reverence and awe at his sacrifice, but in a way it almost leaves you a little disconnected with the fact that He is the God who is present and with us at all times, right now, today.

The corner cafe’s are so fun. I love all the outdoor seating. 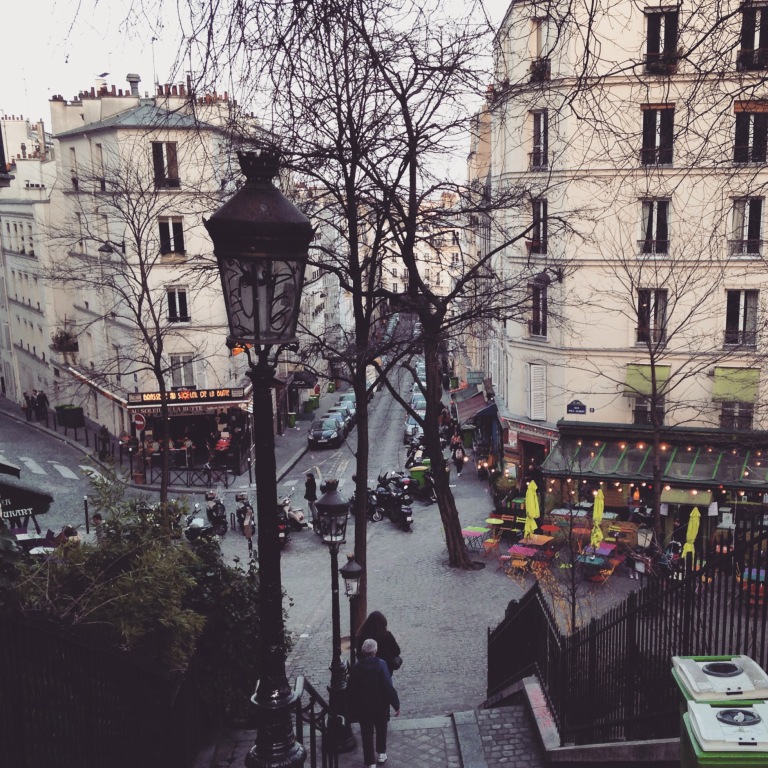 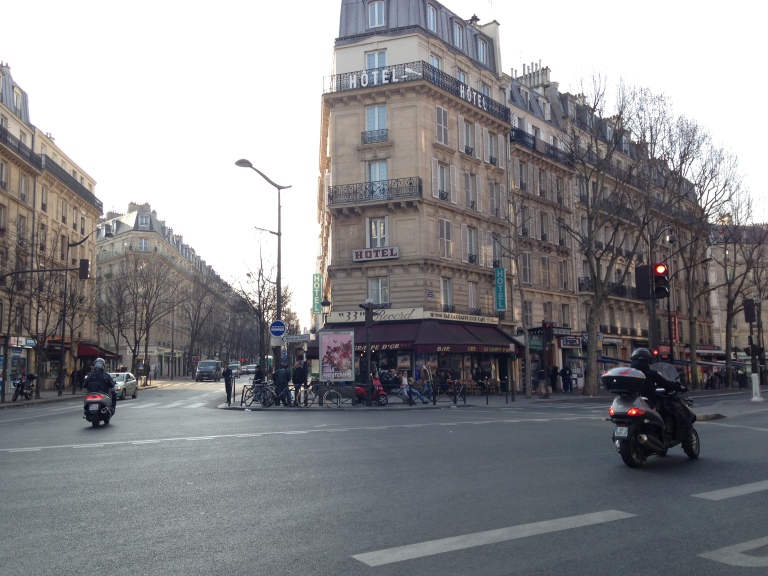 Paris just really understands food.These pastries are just beautiful. We had a hard to decide what to try. Everything looked amazing!!!

It fascinates me how each building tells a unique story through the architecture and art within its walls. Sometimes I would just try and replay in my mind the conversations that must have taken place about each design.

What a crazy time era it must have been to live in. They had religion without freedom.

Fragments of truth intertwined in a misplaced ideology which made man the servant of religion.

We were told that these statues are a depiction of the apostles, some of them standing on demons.

This apostle seems pretty chill about it though. Kinda looks like he’s napping.

I loved these little “windows” into Jesus life. It’s such an interesting way to share his story.

Although I think if I was Jesus, I would have been annoyed to have twelve guys gathered around gazing at me all creepily like this… I would have been like, “That’s all for today guys, I need to go take a walk on the lake and talk to the weather for a bit…”

Not having been raised in this type of church, I was enjoying the attention to detail and the ambiance. Candle’s are so cool. 🙂 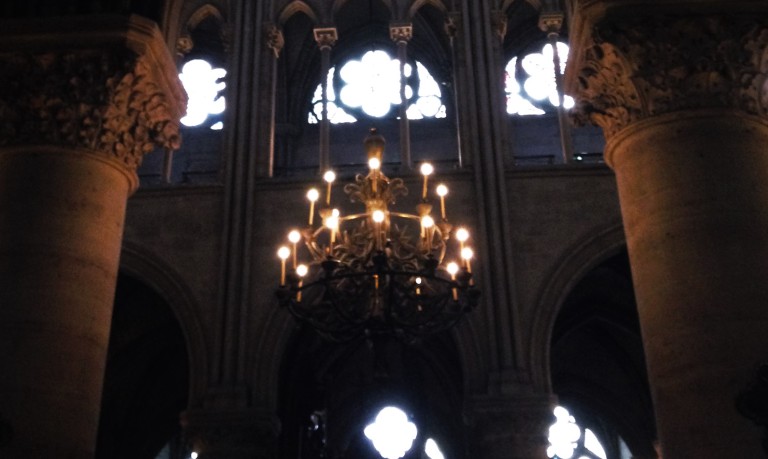 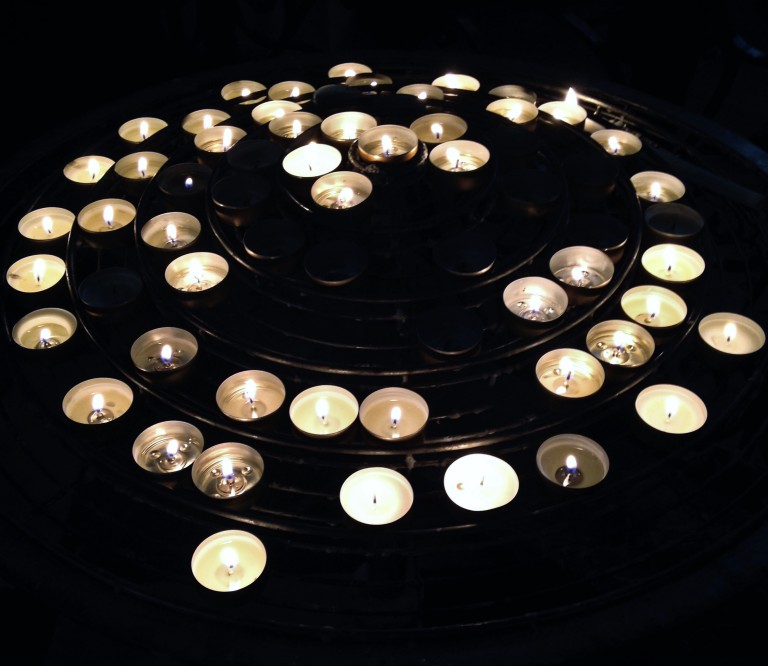 We found that when things start to feel a little too serious in there, it’s usually best to pause, and take some selfies…

It seems that wherever you wander, you find canals and rivers running to and fro. Perfect for an afternoon stroll. 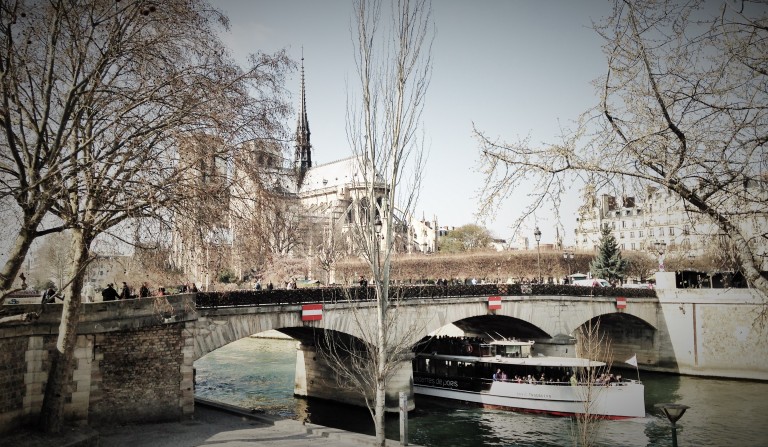 I wish I could put a video on here. It’s so crazy to be seeing these sights and listening to live music all in the same moment. You feel like you walked back in time…

She was playing Swan Lake.

Later we hiked up a lovely stairway leading up to a hilltop where another famous cathedral stands.

We got there just as the sun was setting. 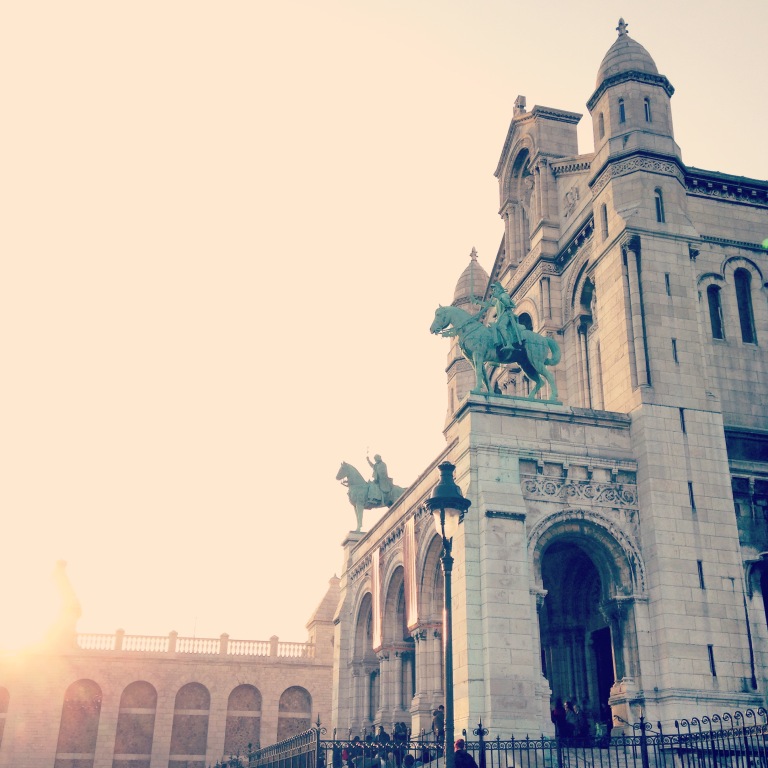 Looking out over the city from this spot you feel like you can see all of Paris at a glance. And you get to see people doing strange things…

It’s a good place to be if you want to pretend you are James Bond on a time-sensitive mission to capture a foreign spy who might be disguised as one of these vendors.

Or you know, whatever…

It was better than even I imagined it would be. And that’s a lot, cause I have a pretty highly developed imagination. Or so I like to think…